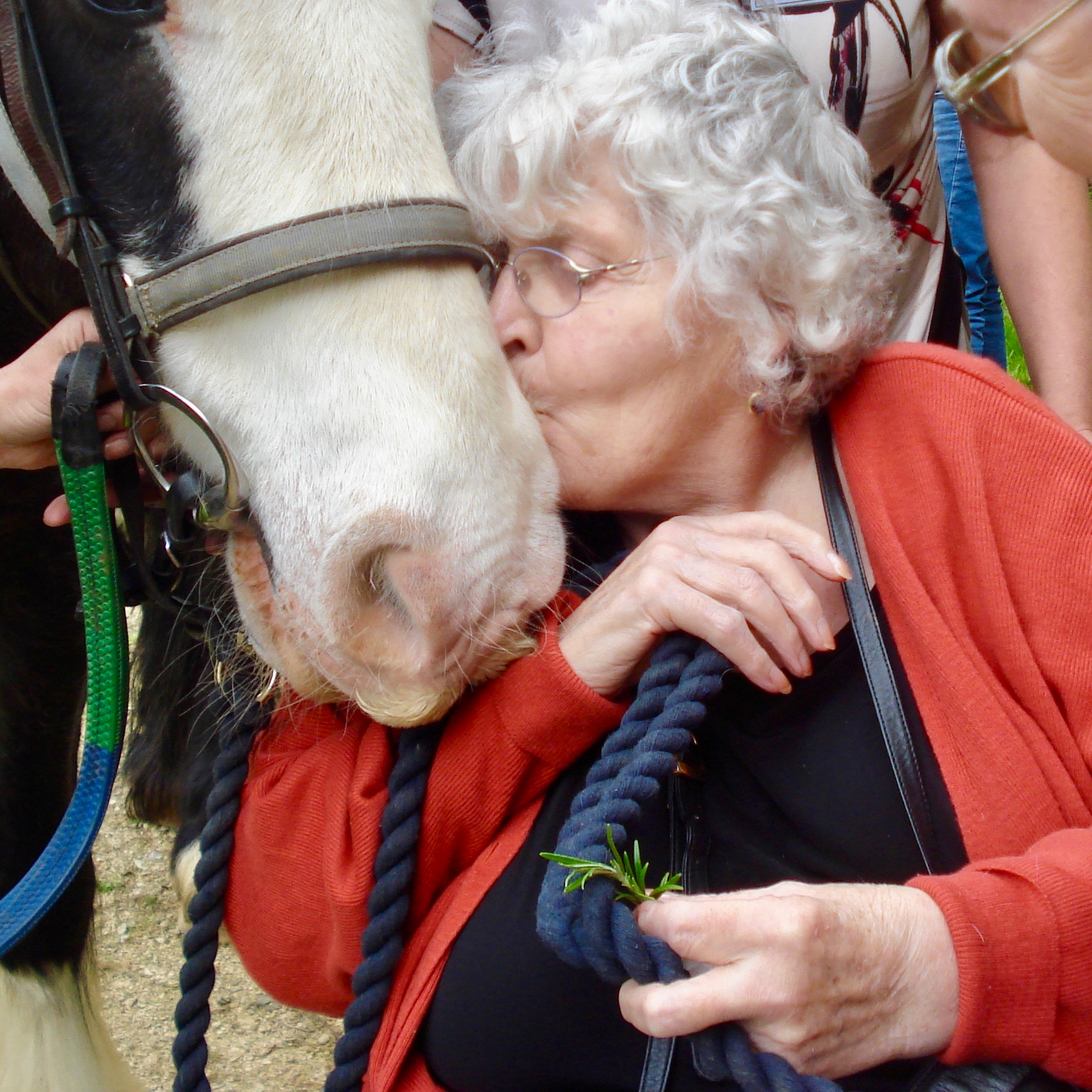 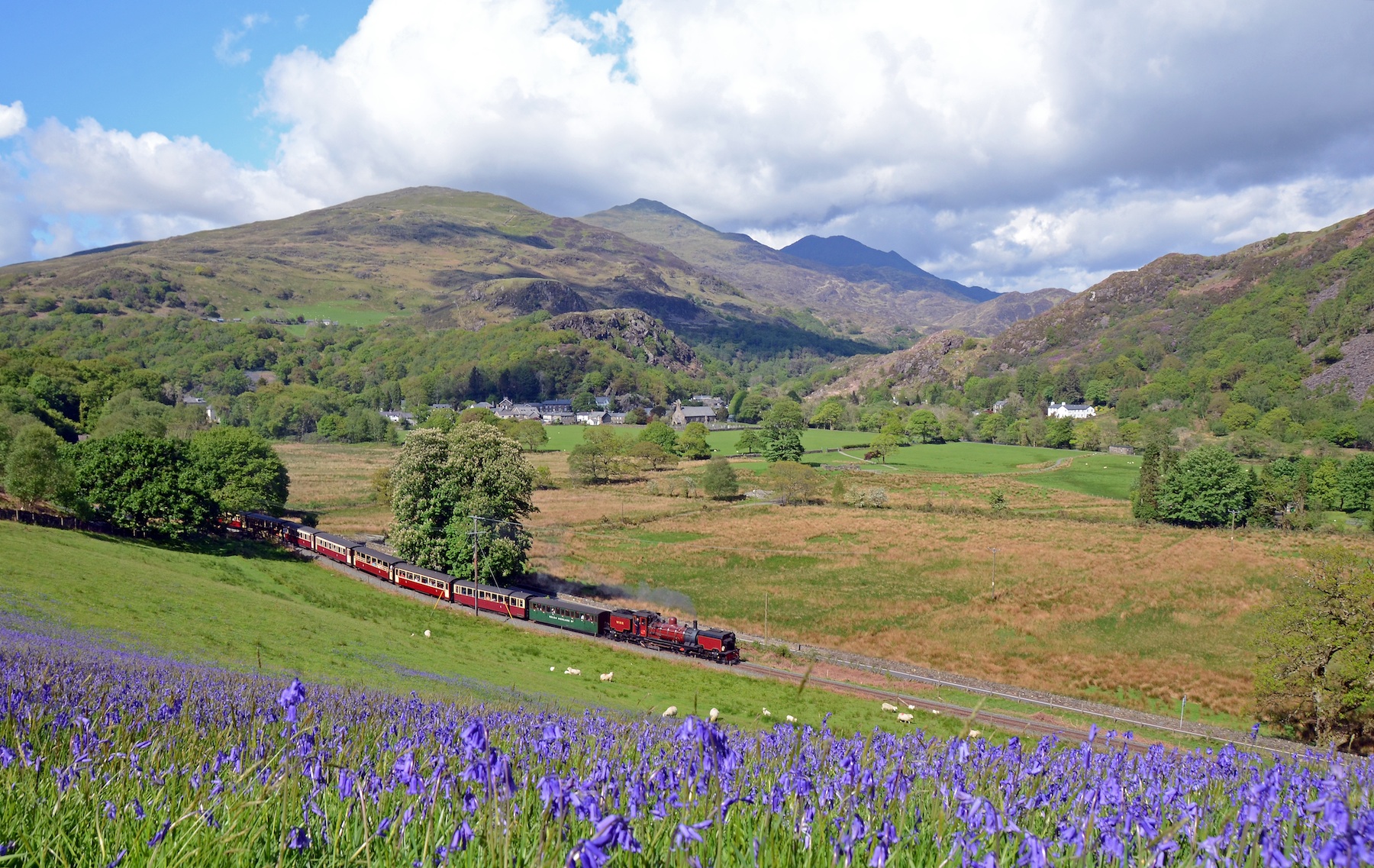 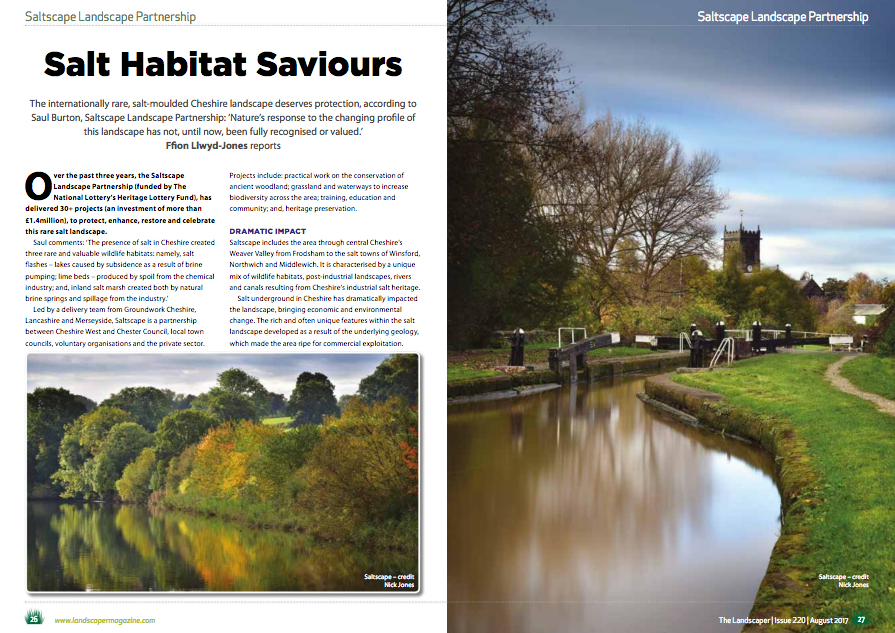 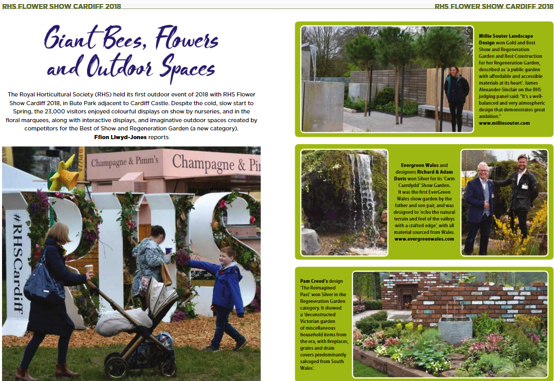 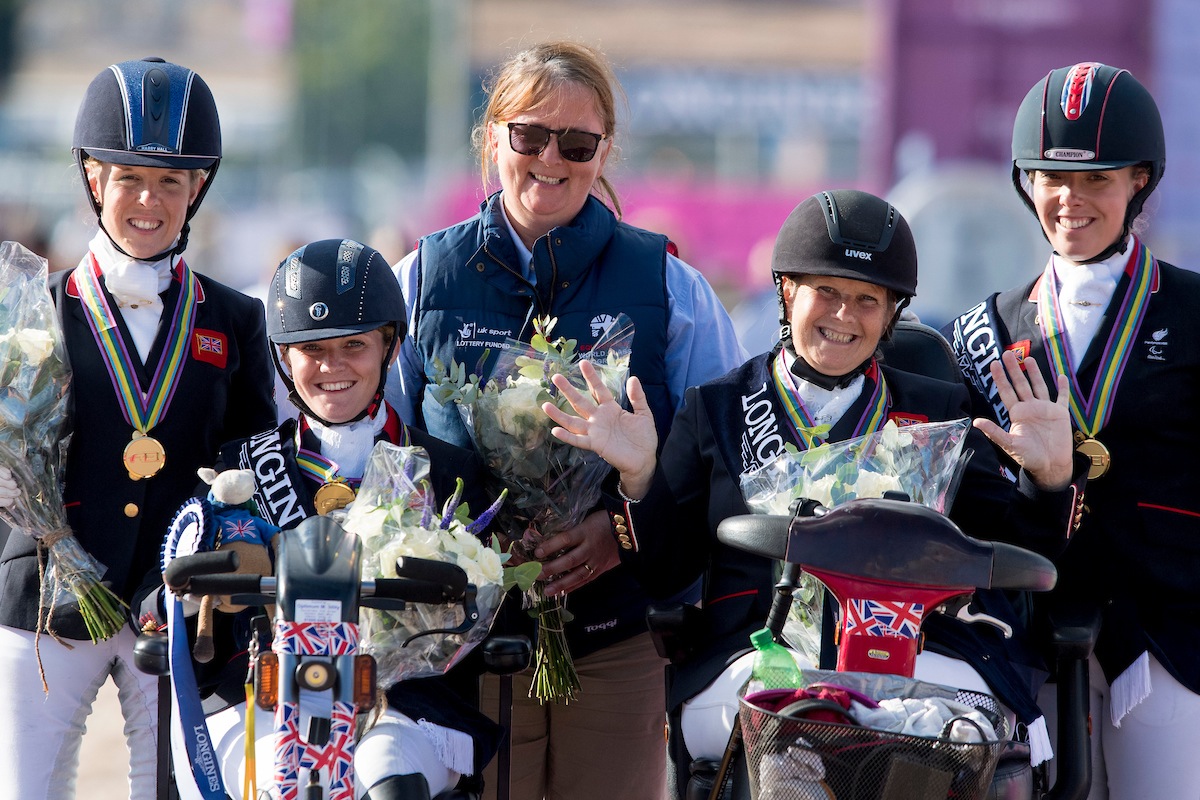 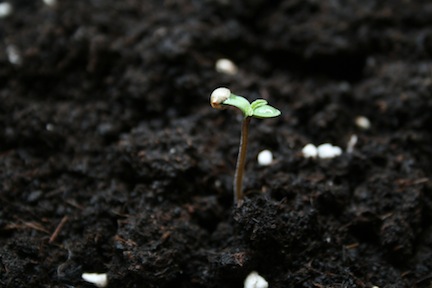 Unsettled, unpredictable and downright unfriendly weather created challenges in landscape maintenance in 2012. To mitigate similar problems in 2013, here are some essential steps for ground renovation, disease prevention, and ongoing maintenance.

It all begins with soil analysis
Soil analysis is recommended as the first step in an effective landscape maintenance programme.

“If weather prevented much pre-winter renovation work, there’ll be more problems in 2013,” comments Bayer’s Technical Manager, Dorin Pop. “These can include red thread, which is associated with low nutrition levels in the soil, especially nitrogen.” (Red thread is caused by the fungus Laetisaria fuciformis, and is most common in late summer and autumn; it attacks fescues, bents and other grasses.)

“Soil analysis should be the first step,” says Alan Abel, Technical Director at Complete Weed Control (CWC). He adds: “The mistake is to rush soil treatments, trying to make the ground ready for April/May, especially on golf courses, to make up for the loss of money in 2012. You must be adaptable in your thinking.”

Martin Ward, Managing Director, Symbio, points out oxygen’s essential role. “The rain makes soil anaerobic, and the biology dies: we have to get the oxygen back in. We can’t afford to wait for a dry summer.” He also recommends checking the soil’s salt index.

Keeping it dry
Drainage is a critical issue, especially where there is constant land usage, such as on sports surfaces, including golf clubs.

Anthony Evans, Regional Sales Manager Wales, and Geoff Rushton, Humber Palmers, believe part of the problem is the culture of ‘24/7, 365 days a year usage’, making it difficult to have a consistent program. They agree that nutrient replacement is essential: “Nutrients leach out in the rain, and it’s essential to fertilize the soil.”

“You’ve got to get the soil working better,” agrees Gerard McEvoy, Technical Director at ProGrass. The company is a distributor for Geoponics’ Penterra Turf Care (launched in July 2012), a soil penetrant and soil surfactant. Gerard adds that the product also “keeps dew off – and when you have three weeks that are dew-free, that saves on golf course staff on the weekends.”

Mark Whiting, Director of Landscaping at Rigby Taylor points out the need for more awareness of SUDS: SustainableUse Drainage System, in the domestic market. “That includes awareness of run off from hard surfaces, in, for example, parking areas, and of the various landscaped solutions for the problem.”
Soil Efficiency

David Snowden, Director with Agronomic Services, says it’s critical to make the soil more efficient, while also being kind to the environment. “It’s about releasing residual nitrogen locked up in the soil,” he explains. “OxyRush (a form of liquid oxygen compounds) offers minimum rates with the same effect.” The product delivers sources of biologically available oxidants to the soil.

Joe Hendy, Amenity Technical Sales Representative at British Seed Houses (BSH) points out the importance of aerating, using fresh seed, and fertiliser that slow-releases over three to four months. The company’s grass and clover seeds mixtures for 2013 include British-bred perennial and hybrid ryegrass varieties, grass and clover blend (AberSystain), long-lasting red clover, and an extended organic range.
Dorin (Bayer) agrees that aeration is a necessity, along with spiking if the ground is compacted, followed by top dressing with free drainage.

Martin (Symbio) suggests three steps: eliminating moss, getting oxygen into the soil, and aeration. The company’s MycoGro organic fertilisers contain mycorrhizal fungi – a group of about 400 fungi that form symbiotic relationships with plants: they live in or on the roots, extend their hyphae into the soil and make phosphate, nitrogen other nutrients and water available to the host plant. Martin explains they extend the effective root area, so plants can grow better with less use of fertiliser and water.

And Mark (Rigby Taylor) recommends using certified soil and applying nutrients. “Different soils and different seeds equals different results,” he says. “Grass must be created to suit the situation.” The company launched 17 new fertilisers, including the Microlite range, at BTME 2013, in Harrogate.

Fertilisers/nutrients
“February is all about organic-based nutrients,” agree Geoff and Anthony (Humber Palmers). They stress the necessary steps of soil aeration and drainage, and then a good fertilizer. The company’s fertilisers’ ‘unique phasing ability allows application to safely be made earlier in the season than conventional fertilisers by reducing losses of nutrient through leaching and volatilisation’.

(In general, fertilisers are either man-made and inorganic, or derived from plants or animals and organic. They are based on the three major plant nutrients: nitrogen, phosphorus and potassium. Fertiliser mixtures include compound, straight, controlled-release, and slow-release.)

Dorin (Bayer) suggests adding small amounts of nitrogen and potassium to the soil, while reducing the organic matter as an aid to preventing disease. “Of course, you’ll need to aerate if the soil is compacted, and use top dressing with free drainage,” he adds. “Achieving balance is key.”

Bill (Vitax) believes in applying “little and often to control growth.” He adds that soil enhancers can be fast acting, and application “doesn’t get in the way of play on golf courses.”

John Hughes, Technical Manager at Johnsons Sports Seed also cautions against releasing fertiliser too quickly: “The extreme rainfall has increased the amount of leaching; it’s a combination of low temperatures and rain. You have to balance cost with results.” He adds: “Nitrogen and water will both be big issues in the future. There are many varieties, and you need knowledge and experience to use in the right place. Decisions should be based on solid scientific data rather than the ‘nice’ story.” The company’s new ProMaster 70 seed mixture includes tetraploid ryegrass.

At XL Horticulture, director Les Lane points out the benefits of good bacteria and fungi, including reduced nutrient leaching, improved water retention and cationic exchange, and suppression of disease. ReviTEAlised tea compost’s ‘one pot’ technology has “five different blends, all in one pot – there’s no need for starter ingredients, so it saves time.” The tea compost is described as an organic, bio stimulant extraction, that can be applied every 10 to 14 days.

Ramsay MacGregor, with Terra Firma (Scotland), agrees that improve bacteria levels in the soil lead to stronger plants. “Do what you believe is right,” he emphasises.

Alan Horgan, Technical Officer with Cambridge-based Certis, describes the company’s new moss control product, Mogeton as a valuable tool, that “delivers efficacy over many weeks, preventing any attempts from moss to re-colonise the area.” It is available from May 2013.

Dr Fritz Lord, Consultant and Mike Butler, Managing Director and National Technical Sales Manager, with Compo Expert both emphasised the importance of “enhancing the stress tolerance levels of the turf.” They added that research and development is critical to find new and innovative approaches. The company’s R&D focus includes new technologies for soil and leaf applied fertilisers, and development of new bio-stimulants.

Wiliam J. Murphy, Area Manager for TerraLift, emphasises the need to “go deeper than just organic, go deeper for plant nutrition in the soil.” He says organic products are better at increasing the cation-exchange capacity (CEC): “The secret is to use a low npk with organic fertiliser. The result will be better quality, nutrient diversity, and better yield.” He explains that the company’s Terralift TX10 is 75% organic, and boosts CEC with free-calcium and humic acids. “Use specific compost from consistent sources,” William adds. “Know your compost, know your product.”

One positive certainty
While there are many methods to gain (or regain?) ground control in 2013, it’s always a case of balancing control with cost. As Alan (CWC) says: “It’s best to take time, be careful, and not waste money.”

However, despite the unpredictable British weather, there is one positive certainty: as Joe (BSH) points out: “Grass doesn’t change that fast.”

This site uses Akismet to reduce spam. Learn how your comment data is processed.